I developed several tools and open-source software packages for the process mining framework ProM and it RapidMiner variant RapidProM. Some of the software is also available outside of ProM at my personal GitHub page. 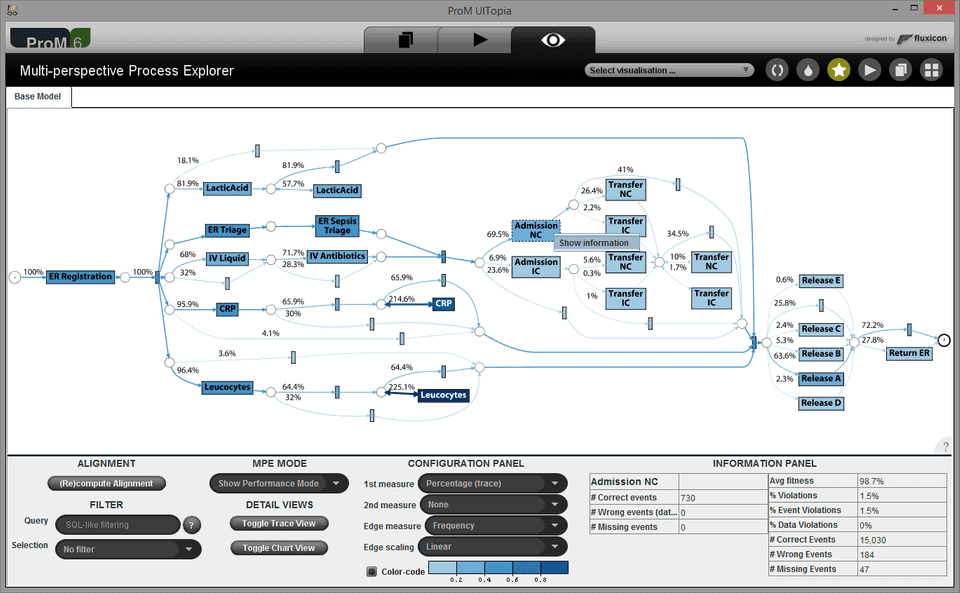 Most of the ProM packages and plug-ins are included in one of the stable release versions, which are released every year to help keeping results reproducable. However, since any non-trivial software contains errors, which is especially so for academic prototypes, I advise to use the latest version available in the nightly builds of the ProM framework. It is sufficient to install the nightly build version once and, then, update the packages regularly. In fact, if you do not update packages you can enjoy a stable version using a nightly build installation. So, usually, there is not reason to install one of the frozen version unless you want to reproduce some result reported to be obtained with a specific ProM version.